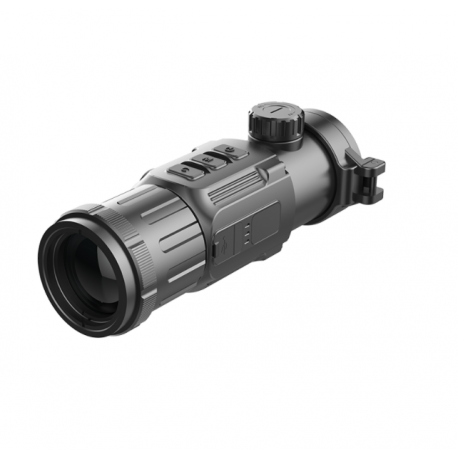 This product is no longer in stock

The Clip CH50 series is designed as thermal attachments formost traditional rifle scopes. NO REZEROING is needed, just CLAMP&SHOOT！Zoom the image 2times and 4times is supported on CH50 series without affecting the aiming accuracy when mounted on the day optics. Now expanding your hunting gear together with our CH50 series!

With front thermal imaging attachment the Clip CH50 Series users can receive several benefits over night vison hunting when using with traditional optics or even thermal or night vision scopes. After attaching the thermal Clip on to traditional sight you can reach the same creature comforts of shooting with day optics you are accustomed to, including your existing reticle and eye relief. The Clip CH50 Series thermal attachment even allows you to continue utilizing your riflescope's variable magnification.

No Re-Zeroing required and Quick attached

With the special calibration to the front thermal attachment CH50 series, No Re-zeroing is required after attaching to the day scopes. Clamp and Shoot, that’s it. With the quick release IAR-adapter mount, the Clip CH50 series can be easily attached to or detached from day optics in seconds without losing zeroing. The mount is capable of performing precise alignment of the attachment’s field of view with central point of the day optics in order to achieve the optimal viewing position.

2x/4x of digital zoom is enabled for Clip CH50 series. It supports adjusting the zooming center to align with the reticle center of your optical sight without affecting the shooting aiming accuracy. When used as thermal monocular or attachments, CH50 series supports 1x basic magnification with 2X/4X digital zooming.

The proprietary ultra-clearthermal imaging technology of InfiRay is comprised of software algorithms designed for inclement weather such as heavy fog and rain to increase thermal imaging clarity and overall thermal image detail. The built-in Ultra-clear mode results in a more detailed field of view and enhanced object identification capabilities.

The CH50 series is equipped with an extended battery compartment which means using two 16650 batteries is allowed, users can receive additional using time and the maximized battery life of CH50 series is increased up to 7h.

Your Wise Choose With CH50 Series

4 other products in the same category: